So I'm at yoga right and I'm chatting to this girl about Burma, 'cos she's been you see and I'm going with work soon and anyway I says that this is going to be my last week at yoga, 'cos next week i'm gonna spend a couple o' nights in Witney and then I'm off to Burma, you see. And she says... "Is Witney your girlfriend?".
So now I live in true middle England - Witney, Oxfordshire, Cameron-land. A couple of weekends ago it was a beautiful day and I decided to do the walk to Minster Lovell again (I'd done it the day before) and the light was so good that I had to run into work and pick up the camera. 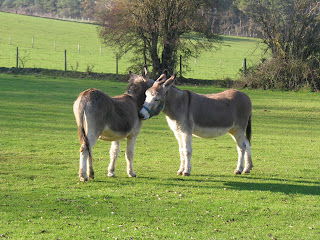 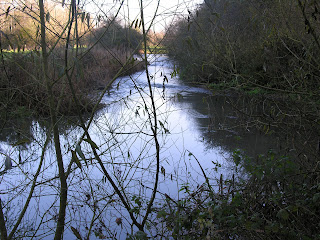 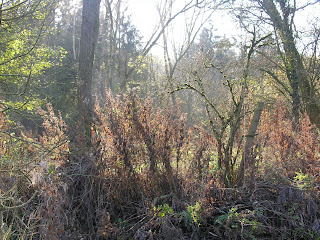 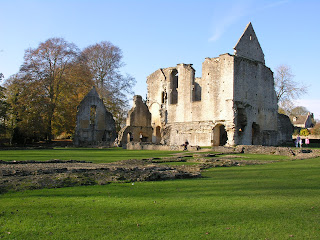 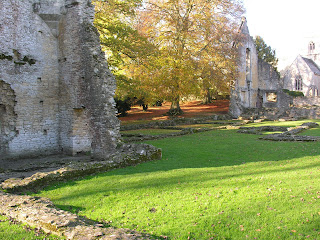 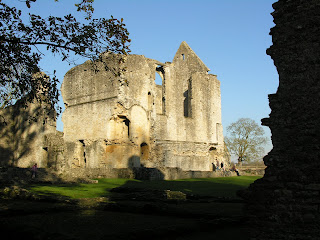 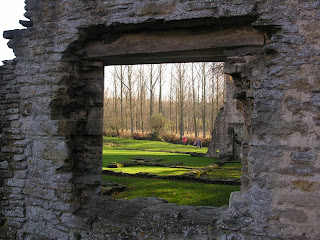 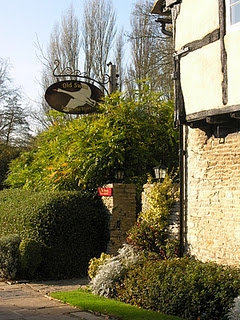 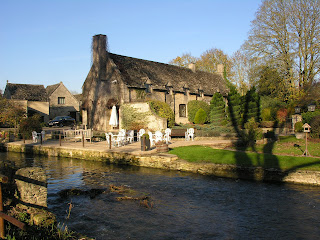 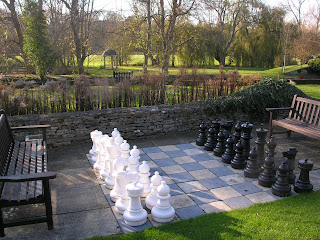 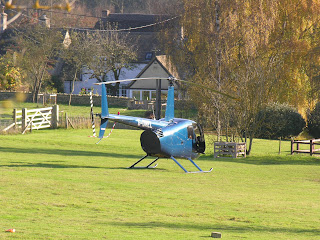 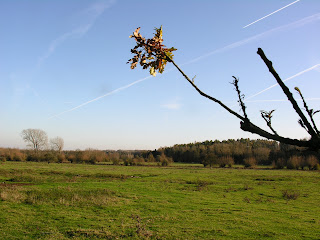 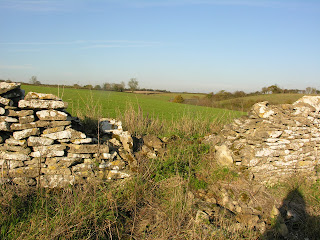 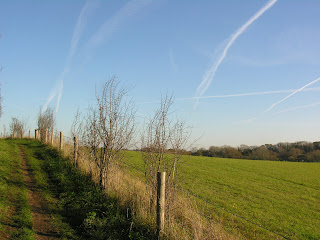 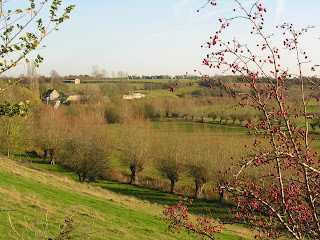 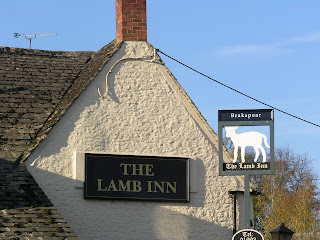 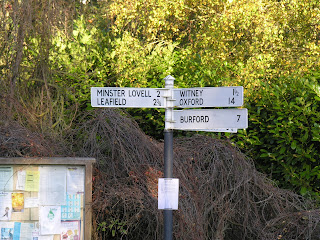 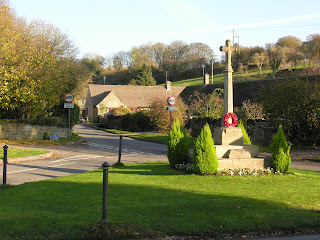 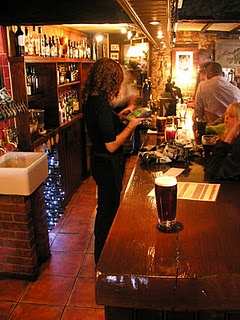 Blurb
I know this area of Provence quite well, as my Mum's Uncle and Aunt (God bless 'em) lived near Ramatuelle and we used to visit Cap (Cape, or Point) Camarat and Pampelonne beach, where Brigitte Bardot did her thing in "And God Created Woman". Nearby is Chez Camille, the restaurant for bouillabaisse (spicy fisherman's soup), worth checking out. My Uncle Philippe lives in gorgeous Grimaud, with its castle, just inland a bit. A lovely part of the world - lots of forest and vineyards and beautiful, sandy beaches and tall cane growing.

This happens to be Uncle Philippe's favourite stretch of coast and he has walked and sailed an awful lot on the Côte d’Azur. I however had never done this walk, or seen these bays and beaches, before - and it was a revelation, to the point that I berated my mother for not taking me here as a child.

Pics
Of interest
Once you get to the plateau above the headland of Cap Lardier, the shaded, fragrant pine and wild herbs help cool you down and as you round the corner, you get some stunning views of Cap Taillat and beyond. The water was gorgeously clear when I did it. The beaches at the end are stunning, even if there is the odd naked man to avert your eyes from. There weren't many people around - once you get onto the coastal path proper, there is no road access.

I can't think of anywhere I would rather swim than in the bay at Cap Taillat. To the left there is a little stretch of sand that connects to the headland - a double-sided beach!

This whole area is protected and there is no development. My friend Capucine has worked for the agency that manages this very path, so if you have any feedback or questions, do let me know.
Posted by Alex at 14:18 2 comments:

Barnet to Hackney via Haringey - Capital Ring Sections 11 and 12

Thumbnail
Name: Capital Ring - Sections 11 and 12
Date of walk: Weds 27 July
Direction: Clockwise, or from west to east
Distance covered: 9 miles (14.5 km)
Time taken: 3 hours
Marks/10: 7
In a (few) word(s): Full of variety - one of the best city walks I've done
Difficulty: Easy
Signage: OK (on these sections) - look for a bright green background on the roads. Just keep an eye out for the signs, they are easy to miss and not always where you expect them to be.

Blurb
So I've just moved to North London - Finchley in fact. I thought I would check out the stretches of the Capital Ring walk up here, since it goes through jolly nice areas like Highgate and Hampstead. I've done parts of the Capital Ring down in the west of London, where I'm from, along the Grand Union Canal, River Brent, River Thames and through Richmond Park. Now I plan to join the dots and do the whole thing... in stages of course, because in total it's something like 75 miles (120 km). The main draw of  Section 12 is the Parkland Walk along the course of an old railway line, which is one of the most important conservation areas in London - I walked part of this some years ago, with my saxophonist friend Carl who lived in Harringay.

Note about the Capital Ring
The Capital Ring connects up existing suburban walks, using open or wood land where possible and (signed) road paths when not. It's a great way to see the different faces of London - the residencial areas, the parks and woods and the waterways. It can easily be walked in stages, because the start and end points of each section are generally very near London Underground stations and fairly well signed.

Details
Because I started from Finchley Central, not Hendon Park and finished at the Climbing Castle on Green Lanes (near Clissold Park), my total distance was a little shorter than the complete sections 11 and 12. Also I missed out on the superb, creepy Abney Park Cemetery in Stoke Newington - which I highly recommend visiting and will do next time. The walk took me along gently babbling Dollis Brook in Finchley and Mutton Brook in East Finchley, through Hampstead Garden Suburbs, Highgate Wood, Queens Wood, the aforementioned Parkland Walk (which one joins right near Highgate Underground Station), Finsbury Park and the delightful New River Path. The walking is pretty easy, apart from a steep section through Queen's Wood, although it's not THAT steep and that section can be avoided by taking a signed alternative route along roads. You can find good information about this walk by clicking the links in the Thumbnail section above. The maps are much easier to read when you are zoomed in a LOT..

Happenings
I saw two swans and a coot (with young) on the New River Path. Near Finsbury Park a group of friendly Hasidic Jewish schoolboys seemed very excited indeed to see a gentile and waved and said hello to me. I spoke to a nice Italian lady in a cafe on Green Lanes at the end. She had been in the area 30 years and told me to check out the Climbing Castle and about a big underground water pipe in the area (if I understood that bit correctly - her accent was pretty strong).

Of interest
Music
I listened to a couple of old mixes of mine, Myopic Episod and Anodyne Soliloquy, plus this Derrick Carter disco mix and this Andy Weatherall/Ivan Smagghe mix. Standout tracks were King Crimson's The Sheltering Sky and Wolfram featuring HADDAWAY!!!! Thing Called Love (Legowelt Remix).