Last Saturday I found myself in Ealing on a nice day and fancied a walk. No voyage into the unknown, just a good old, mind-clearing plod with the headphones firmly in. I never get bored of the canals of London. For me they represent a largely unseen aspect of the city - you tend to find the hidden, the rejected, the alternative and the sometimes strange. More than once have I seen the remnants of some alien themed outdoor trance party, the disembodied painted doll head attached to a tree to act as some kind of sentry, or perhaps to further aid the trip.

There's a functional element to my use of the canals, as you might expect. When I'm sick of the tube, which is quite often, the canal allows me to enter and cross Central London far more quickly than the winding River Thames. It's an environment that not so many people are familiar with. They may have flirted with it around Camden and King's Cross, but that's usually it. Cyclists often know it better..

I like to go all the way to Canary Wharf, which sounds like a long way to walk. To do that takes me something like 4.5 hours. It's quite weird  to imagine in your head leaving Ealing on foot and arriving at the other side of London still on foot. If you did it the way you would drive it, I think it would be quite boring - apart from the survival aspect of having to dodge the fast moving traffic. The canal walk into London is a satisfying transition from suburban semi-decay through industralised greenery to functional and even pretty residencial canal-side property.

You start on the Grand Union - which could take you all the way up to Birmingham if you went the other way - and then at Paddington Basin / Little Venice do a little overland hop and skip onto the Regent's Canal. The big white house is just before London Zoo. At this point, on this particular occasion, I went through The Regent's Park aiming for the BT tower and headed through Noho to get to my meeting place of Chancery Lane.

It is well worth continuing along the canal through Camden, King's Cross, Angel (bit of an overland section there, you can go through Chapel Market) / Hoxton / Haggerston / Victoria Park / Mile End and into Docklands. Cross London on foot in an afternoon and enjoy the silence. 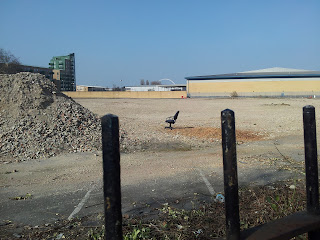 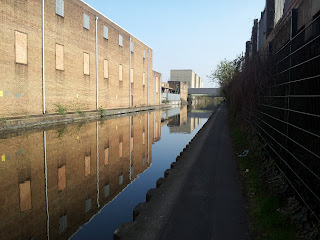 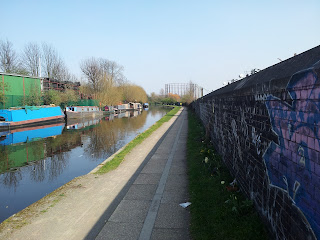 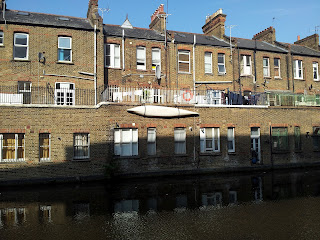 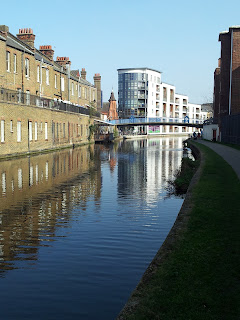 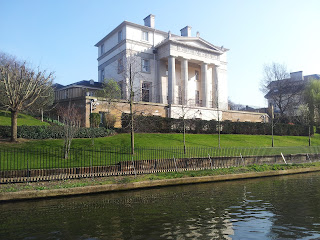